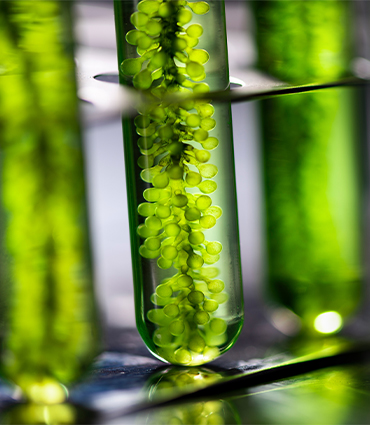 Klamath is a cyanobacterium. It takes its name from Lake Klamath, located in Oregon, USA, where it is harvested.

This "blue algae" is interesting from a nutritional point of view. Indeed, klamath contains many vitamins, including vitamins A, B12, C, K and E, but also many minerals such as calcium (from 7 to 15mg/g of seaweed). It produces all the essential amino acids (those that the human body is unable to synthesize) as well as proteins and fatty acids, including alpha-linolenic acid (ALA), from the omega-3 family.

In addition, the phenylethylamine contained in this algae is a neurotransmitter of the alkaloid family, which acts as a central nervous system stimulant. Phenylethylamine is produced in large quantities by the brain when one is struck by love at first sight, which has earned this hormone, generally associated with well-being, the nickname "love hormone".

Klamath is also known for its ability to improve mood, reduce the risk of depression, stimulate the immune system and increase concentration.