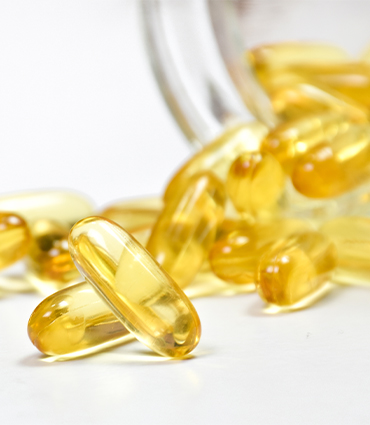 Fatty acids (FAs) are organic molecules consisting of a carbon chain with a hydroxyl group at one end and belonging to the lipid family.

Moreover, fatty acids are constituents of triglycerides, where they are associated with glycerol.

Fatty acids can also be found in complex lipids and phospholipids, or correspond to non-glyceride constituents such as vitamin E, carotenoids and phytosterols.

Fatty acids can be classified into different groups according to the presence of double bonds in the molecules.

FAs can be saturated (SFAs), meaning that they have no double bonds. Butyric acid, caprylic acid and capric acid belong to this family.

Among the unsaturated fatty acids (MUFA and IGFA), some are considered essential because they participate in the proper functioning of the body. They are also involved in the biosynthesis of certain hormones and are involved in the composition of our cells.

Within the omega-3 (PUFAs), alpha-linolenic acid (ALA) is found in flax, walnut and rapeseed oils. Eicosapentaenoic acid (EPA) and docosahexaenoic acid (DHA) are found in fatty fish.

In the body, the metabolism of omega-3 leads to the production of type 3 prostaglandins, which are anti-inflammatory molecules. In addition, omega-3s help to reduce the risk of high blood pressure and cardiovascular diseases. EPA and DHA are involved in the normal functioning of the brain and heart. DHA is also involved in the maintenance of normal vision.

Omega-6, such as linoleic acid, arachidonic acid and gamma-linolenic acid (GLA) are found in significant quantities in corn and sunflower oils. These polyunsaturated fatty acids help protect against cardiovascular diseases, as do omega-9, monounsaturated fatty acids whose main representative is oleic acid, a molecule found in very large quantities in olive oil, which makes it one of the pillars of the Cretan diet.

Omega-7, other monounsaturated fatty acids, are found in macadamia nut oil, sea buckthorn oil, but also in dairy products. They contribute to the proper functioning of the heart and brain. Palmitoleic, rumenic and vaccenic acids are part of omega-7. A diet rich in omega-7 would reduce the level of bad cholesterol (LDL) and would favor the increase of good cholesterol (HDL). This action is common to omega-9. Omega-7 also ensures good hydration of dry skin and the mucous membranes of the eyes, mouth, digestive tract, nose and vagina.

On a daily basis, it is estimated that the ideal ratio would be reached thanks to an intake of 50% omega-9, 20% omega-6 and 5% omega-3, to which would be added a 25% intake of saturated fatty acids.

In addition, certain fatty acids such as trans fatty acids, used in the food industry, can have deleterious effects on health. Indeed, these hydrogenated fats can promote the deposition of atheromatous plaques on the artery walls and thus damage the heart and blood vessels.

Omega-3, omega-6 and omega-9 help reduce the risk of cardiovascular disease. They are found in fish and oils such as olive oil, which are essential components of the Mediterranean diet, known for its health benefits.

Among omega-3s, EPA and DHA contribute to the normal functioning of the heart and brain. They also protect against the risk of age-related macular degeneration (AMD), with DHA helping to maintain normal vision.

Omega-6 fatty acids are essential for normal growth and development in children. Linoleic acid contributes to the maintenance of normal cholesterol levels.

Finally, omega-7 contributes to the hydration of the skin and mucous membranes.

Our products based on Fatty acids