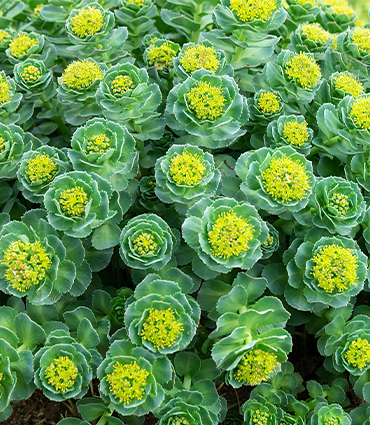 Rhodiola, Rhodiola rosea, is a plant of the Crassulaceae family that can grow up to 3,000 meters above sea level. The properties of this perennial plant were mentioned in the book De materia medica written in 77 AD by Dioscorides, considered the father of pharmacology.

In phytotherapy, it is the rhizome of Rhodiola that is used. It contains flavonoids (rhodioline, rhodiosine, rhodaline, kaempferol) with antioxidant properties and monoterpenes (rosaridine) with anti-inflammatory and immunostimulant powers. However, it is the phenylpropanoids of Rhodiola, including rosavins, which are mainly responsible for the plant's activity. Rhodiola rosea also has phenylethanoids, which are responsible for the characteristic rose smell.

Rhodiola is a plant considered to be adaptogenic. As such, it meets three criteria: it helps to cope with stress, has a normalizing effect on the imbalances caused by stress and is completely harmless, without disturbing the body.

Rhodiola is therefore recommended in cases of anxiety and depression. Its anti-inflammatory properties and its reputation as an anti-ageing plant have earned it the nickname "golden root". Finally, in the list of virtues attributed to it, the neuroprotective and immuno-stimulant effects of Rhodiola are also to be retained.

Rhodiola is an adaptogenic plant that helps the body to adapt to emotional stress and has a beneficial effect on stress-induced fatigue. It helps to stimulate the nervous system and improve the state of mind.

This plant helps to maintain the pace and leads to an increase in stamina and endurance in sports performance.

Thanks to the presence of flavonoids, Rhodiola rosea has an antioxidant effect and helps to combat oxidative stress in the cells. It also contributes to normal blood circulation and promotes the supply of nutrients and oxygen to the cells, which makes it an ally in improving brain performance and reactivity.

It also acts at the level of digestion by ensuring the good health of the gastrointestinal tract.

Obtained through a unique extraction biotechnology, the patented Rhodiola extract RhodioLifeTM used in PHYTOMANCE® Rhodiola and PHYSIOMANCE® Control Fort, guarantees the profile of the plant and its rosavin titration.

To find out more about Rhodiola extract, click on RhodioLife™.

To find out more about our Rhodiola-based products, click on PHYTOMANCE® Rhodiola and PHYSIOMANCE® Control Fort.

Our products based on Golden root