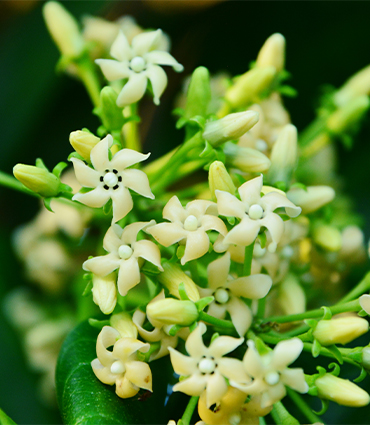 Part of the plant used

The Scots pine, Gymnema sylvestris,is a resinous tree that can live for 200 to 300 years.

The buds of the Scots pine are used in phytotherapy. They contain tannins and flavonoids. The oleoresin of this tree is rich in turpentine.

Scots pine is composed of a species rich in monoterpenes (α-pinene, β-pinene and limonene). Its essential oil has expectorant, antiseptic, decongestant, venolymphatic and inflammation regulating properties.

Pine bud is used as an expectorant and mucolytic. It liquefies mucus and increases its secretion in the respiratory tract. Scots pine improves respiratory capacity and soothes coughs thanks to its antitussive properties.

Its action is also anti-inflammatory and decongests the upper respiratory tract. Scots pine has a tropism for the bronchopulmonary sphere. It is used in cases of wet coughs, inflammation of the airways, but also in cases of chronic obstructive pulmonary disease (COPD).

Scots pine has antibacterial properties. It inhibits the growth of staphylococcus aureus (bacteriostatic mode of action). It is also known for its antifungal action, particularly against fungi of the genera Penicillium and Aspergillus.

Our products based on Scots pine