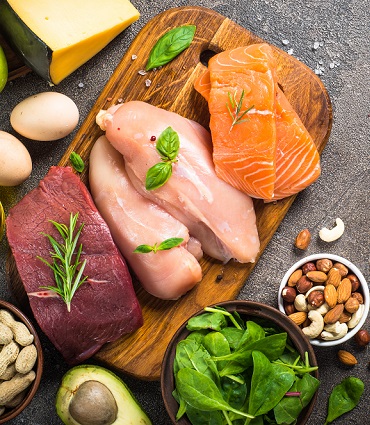 Tryptophan is one of the nine amino acids considered essential for healthy people at different stages of life. Depending on the source, the concentration of tryptophan in food proteins varies from 30 to 380 mg/100 g, the lowest levels are found in tuber and corn proteins and the highest in meat.

In adults, in western populations, the average tryptophan intake is 0.9 g/d, with an estimated requirement of 4 mg/kg body weight/d.

It is also used in two important metabolic pathways:

On arrival, we see the primordial role of tryptophan upstream, since via 5-HTP metabolized into serotonin, the latter in turn is transformed into melatonin, a hormone involved in the regulation of biological rhythms, known for its ability to facilitate falling asleep.

Our products based on Tryptophan